No one likes to recall our nation’s history of slavery, but the amazingly reverent Old Slave Mart Museum located on the historic old streets of Charleston is a place where many visit to learn more about this significant time in history. The Slave Market was an urban slave trading center that operated prior to the Civil War. It was used during the years just before the Civil War when the U.S. constitution banned the importation of new African slaves after 1808; this was 53 years prior to the Civil War. While new slaves could not be brought in, domestic slaves could be bought and sold at the Slave Market and today the Old Slave Mart and Museum is a place that recounts this building’s history. It has been carefully preserved, and also houses many galleries which feature African-American and Gullah African arts and crafts.

Patriots Point in Charleston Harbor spotlights the city’s vast and long history as a major port in the southeastern United States. Prior to our country’s founding it played a significant role in being an access point, and after the American Revolution Charleston SC rose to a prominent position as a large, important city in the American
South. Of course, the Civil War changed all of that, but today, Charleston still sees its fair share of ships and boats. Patriots Point is the home of the USS Yorktown, a well known aircraft carrier ship that was built in World War II. A National Historic Landmark, the U.S.S. Yorktown ship is just one popular attraction at this complex where you can tour and photograph other vessels and see Civil War era canons.

Rainbow Row is a place that has been photographed, painted, and recaptured in a variety of ways over the years. These historic, stately, and wildly vibrant homes were built in the mid-1700s and stood as the center of Charleston’s commercial life. The Preservation Society saved the homes from various threats of destruction and today, they still stand near the Battery. Many of the Walking Tours and other Tours of Charleston will take you by the Rainbow Row Homes.

Fort Sumter South Carolina is a Civil War fort that still stands after it was built just after the War of 1812. It is widely known for being the site where the first shots or canons were fired to kick start the Civil War. The Battle of Fort Sumter is a well known story, so we will not rehash. Suffice it to say though that Fort Sumter is a wonderful historic area to tour and the nearby Battery and USS Yorktown at Patriots Point are perfect for day excursions.

Battery Park is often referred to as The Battery. It is historically significant in that the city’s large Antebellum Homes and other historic Attractions such as Fort Sumter can be seen from this park area. The Battery stretches from the shores of the Charleston peninsula, which is bordered by both the Ashley and Cooper Rivers. You can see Attractions in Charleston such as the USS Yorktown and the Patriots Point from this park region. In addition to the Battery monuments, you will also find the White Point Gardens here.

Because the Low Country region was a fantastic place to call home for most planters and their families, generations of wealthy Charlestonians made their homes in some of the best known
Charleston Plantations. Today, many of these old historic homes and estates have been carefully preserved, either by private individuals or historical preservation interests. Many of the existing Charleston Plantations are open for Tours and visitors. You can tour places such as Boone Hall Plantation, Drayton Hall, and Magnolia Plantation & Gardens.

You can read more about the fantastic King Street Shopping district in our Things to Do page. King Street is an old street that has transformed itself over the years to be the center of Downtown Charleston commerce. Upper King Street is known as the Design and Dining District and is home to numerous high fashion brand stores and markets, and the Low King Street area is widely known for its amazing, elegant antique shops and historic district. This area is where you will find many of the Luxury Hotels that offer lodging to the discerning visitor.

There are several nationally known and publicized Attractions in Charleston South Carolina, many of which are historical attractions and places of interest. Charleston has enjoyed a long history, which is one reason why there are so many great sights to see. Click to read more about this fantastic area and browse the South Carolina Beach Web Cams that are located near
this region of the South Carolina Low Country. 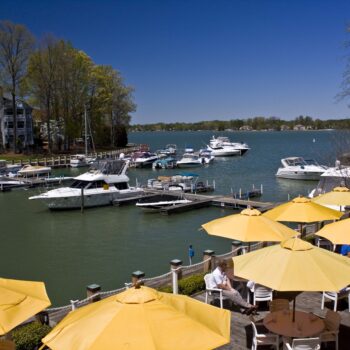